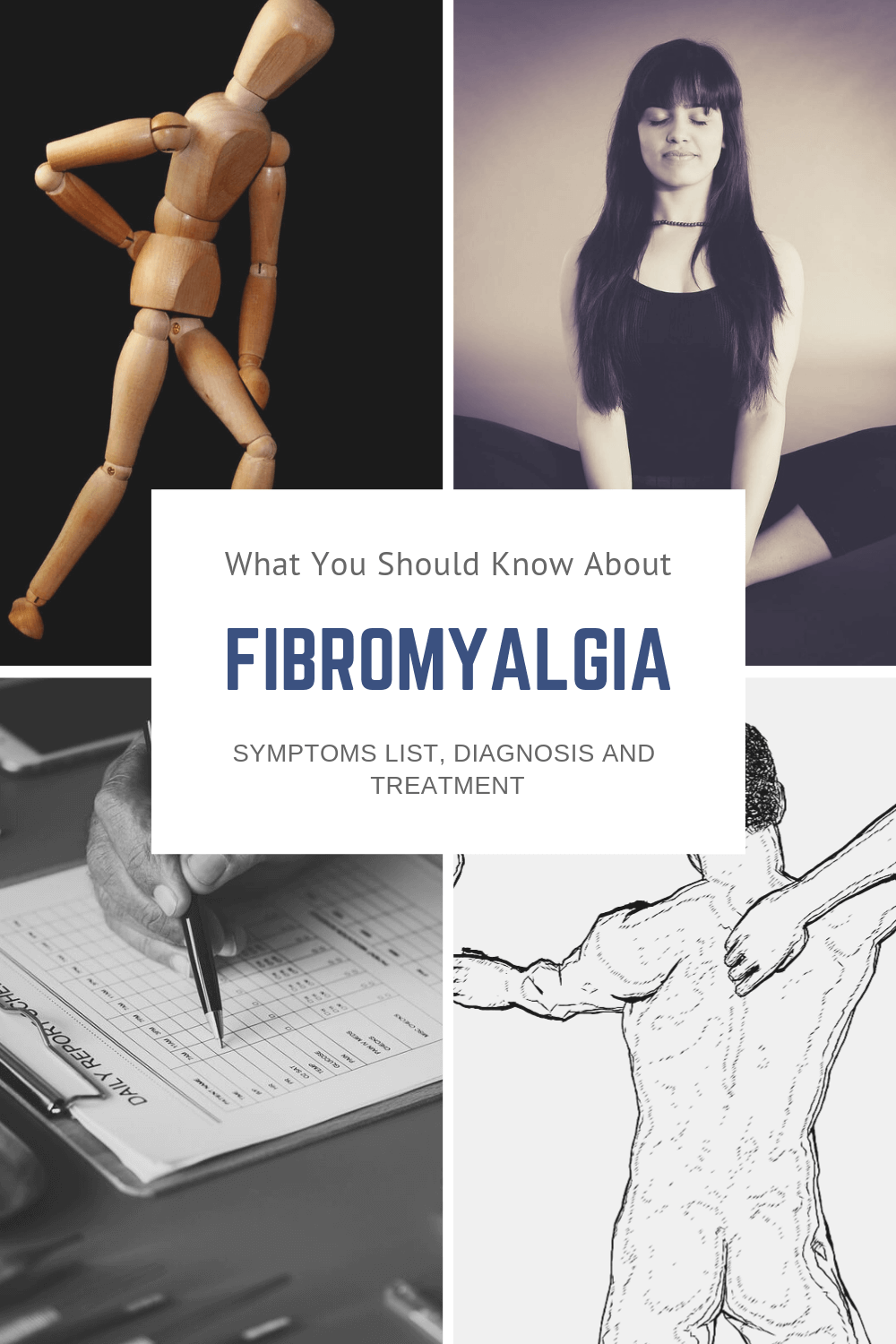 Fibromyalgia is a chronic disorder characterized by widespread pain that is often accompanied by fatigue, depression and sleep disturbance. It can take some time to confirm a fibromyalgia diagnosis, because the symptoms resemble those of other conditions, such as hypothyroidism. These conditions must first be ruled out, before diagnosing fibromyalgia. This blog post deals with fibromyalgia: symptoms list, diagnosis and treatment.

Something like 15 years ago, I suffered from symptoms I wasn’t able to give a satisfactory explanation to: chronic and widespread pain, muscle tension and mood disorder. I would struggle paying attention and concentrating on mental tasks too.

My family doctor thought it was stress, though I felt it wasn’t, as it was the first time I was feeling like that, and stress was becoming the result, not the cause of my issue. Every morning I would wake up feeling fatigued, with my muscles aching and tense; my mood was tremendously affected by what I was going through.

I started to turn to the Internet, since I wanted to have a clear idea of what was happening to me. After gathering some information, I decided to see a rheumatologist, because once for all I needed to solve the issue. It was then I understood something was wrong with the way my brain would process pain signals…I was suffering from fibromyalgia!!!

Even though I understood I wasn’t going to recover overnight, I knew I would re-gain my good health anyhow. I was prescribed two classes of drugs: a muscle relaxant drug (tizanidine) and an antiepileptic drug (pregabalin). Over the first week I started to benefit from them; my aches were less severe and sleep quality seemed improved.

But as I wasn’t going to rely on drug therapy alone, I was introduced to a doctor expert in autogenic training. My weekly appointments with him boosted my mood, and my neuro-vegetative hyperactivity resulted reduced. After 2/3 months I was feeling like born again. My personal experience is the reason why today I want to be dealing with fibromyalgia, for you guys to understand what it is and how to recover from it. 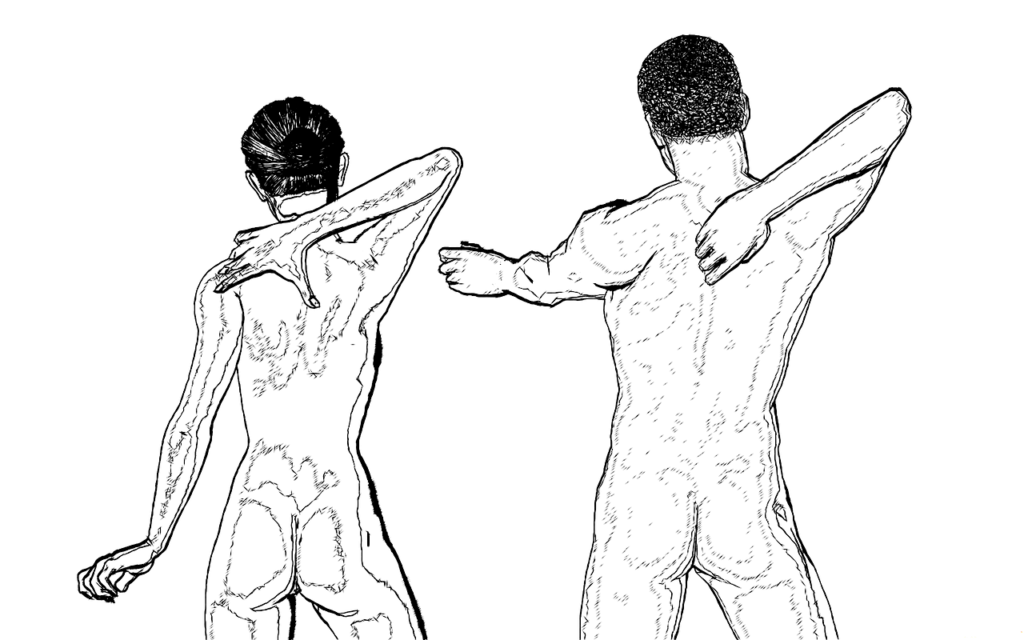 The word “fibromyalgia” means pain (algos) in the muscles (myo) and fibrous tissues, like tendons and ligaments. Fibromyalgia is then a rheumatic illness affecting the muskuloskeletal framework, and its symptoms include:

Besides hyperalgesia, many patients have other symptoms, included:

Because the classic symptoms of fibromyalgia – widespread muscle and joint pain and fatigue – aren’t very distinctive, the condition is often misdiagnosed and misunderstood. You may not have all of the symptoms, and you may have other medical problems, too.
Since there are no lab or imaging tests for it, when you go to get a diagnosis, your doctor will ask about your symptoms to decide if you have fibromyalgia.

What is more, fibromyalgia is often associated to other health issues, included:

The exact cause of fibromyalgia is unclear. However, current thinking in the field of Rheumatology suggests, that fibromyalgia is a problem with central pain processing in the brain, where there may be an increased sensitivity or perception of pain to a given trigger.

There is a range of likely risk factors, including:

• a stressful, traumatic physical or emotional event, such as a car accident;
• repetitive injuries;
• rheumatoid arthritis or other autoimmune diseases, such as lupus;
• central nervous system (CNS) problems;
• the way our genes regulate how we process painful stimuli;

Fibromyalgia may also be hereditary.

According to the National Institute of Arthritis and Musculoskeletal and Skin Diseases (NIAMS), around 5 million adults aged 18 years or over in the United States experience fibromyalgia, and 80 to 90 percent of fibromyalgia patients are women. 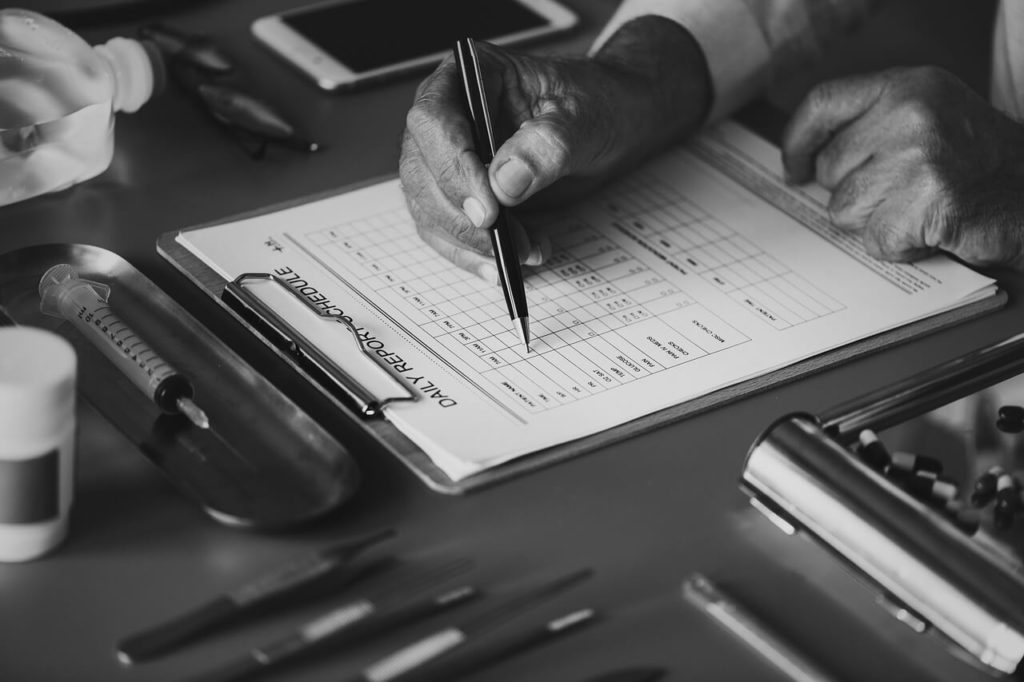 It can take some time to confirm a fibromyalgia diagnosis, because the symptoms resemble those of other conditions, such as hypothyroidism. These conditions must first be ruled out before diagnosing fibromyalgia.

The American College of Rheumatology has established three criteria for diagnosing fibromyalgia:

#1 pain and symptoms over the previous week, out of 19 identified body parts, plus levels of fatigue, unsatisfactory sleep, or cognitive problems;
#2 symptoms that have been ongoing for at least 3 months;
#3 no presence of another health problem that would explain the symptoms.

Previously, ‘tender points’ were used to diagnose the condition. However, these are no longer recommended to aid the diagnosis of fibromyalgia.

Different classes of drugs are used to treat fibromyalgia.
When it comes to treating chronic pain and the wider symptomatology related to this illness, 3 drugs have been approved by FDA to cure fibromyalgia:
• Pregabalin (approved in June 2007);
• Duloxetine (approved in July 2008);
• Milnacipran (approved in January 2009, but not in Europe).

Selective Serotonin Reuptake Inhibitors (SSRI), like fluoxetine or citalopram, that have proved clinically effective in soothing pain and sleep disorder, as well as in boosting the ability to doing daily activities.

If muscle stiffness is prevalent, it may be helpful to add central myorelaxant drugs, in order to soothe muscle tension and pain. The myorelaxant drugs effective in fibromyalgia are cyclobenzaprine and tizanidine.

If pain is resistant to other medications, it may be necessary to add an antiepileptic drug, though the results are variable.

• Gabapentin: is sometimes helpful in treating chronic pain.
• Pregabalin: was the first drug approved by Food and Drug Administration (FDA) for fibromyalgia treatment. Pregabalin, just like GABA, (gamma-Aminobutyric acid, which was approved for central and peripheral nerve pain) is effective in significantly reducing pain, sleep disorder, fatigue and quality of life.

Physical therapies (TENS, iontophoresis, thermotherapy, etc.) are often recommended to patients suffering from fibromyalgia; among these, TENS (Transcutaneous Electrical Nerve Stimulator) is the only one that showed really effective results. 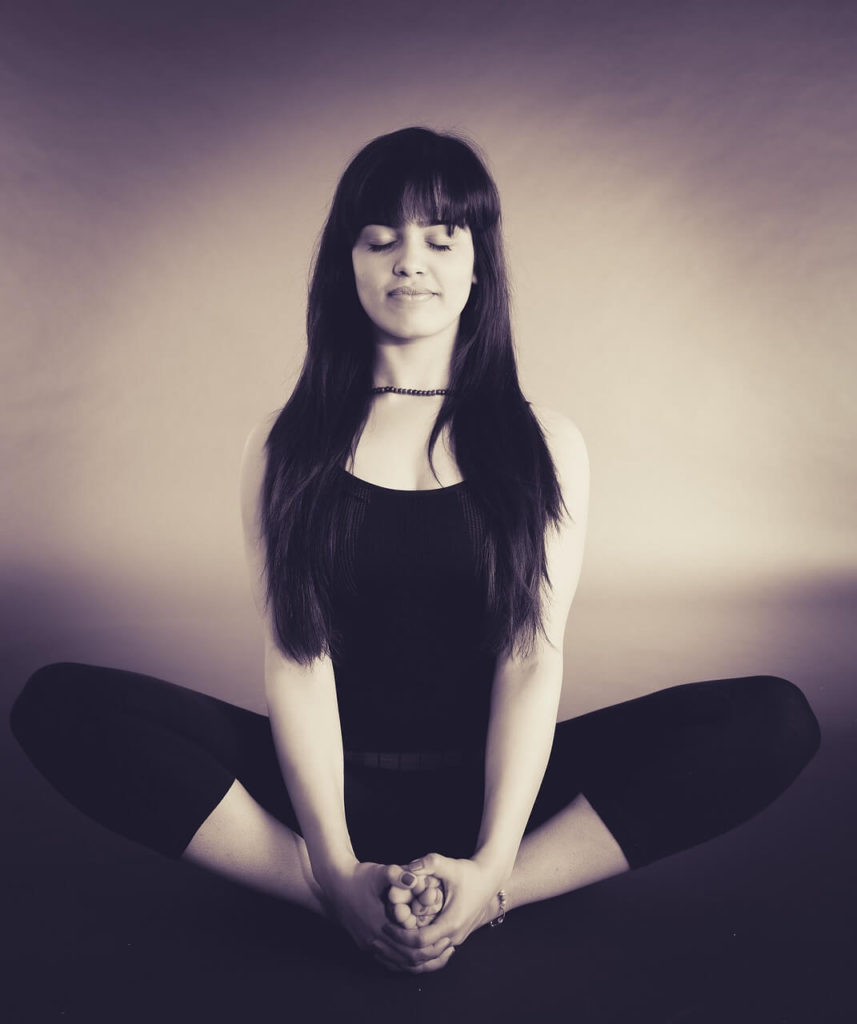 Many patients turn to alternative therapies for fibromyalgia treatment. In some case, these therapies seem to prove effective in relieve pain and muscle stiffness, even though there aren’t any conclusive studies yet.

Alternative therapies to soothe pain and alleviate stress aren’t new approaches (meditation and yoga), though their use has become more and more popular over the last years, especially among patients suffering from chronic illnesses, like fibromyalgia.

Many of these treatments seem safe, but many practices haven’t been studied enough so far, and their effectiveness remains to be properly proved.

• Acupuncture. When you get acupuncture, a practitioner puts thin needles into the skin on different parts of your body. No one is sure exactly how it works, but experts think it leads you to release endorphins, your body’s natural “feel good” chemicals, which relieve pain.

Not all studies show that acupuncture helps fibromyalgia, but there is some research that suggests it may be able to ease pain, stiffness, and anxiety and also help you sleep better.

• Muscle relaxation therapy. Autogenic training is a desensitization-relaxation technique developed by the German psychiatrist Johannes Heinrich Schultz by which a psycho-physiologically determined relaxation response is obtained. Autogenic training acts on muscle tension causes, by reducing neuro-vegetative hyperactivity on which fibromyalgia is based upon.

• Yoga and Tai Chi. These techniques are a combination of meditation, slow movements, deep breathing and relaxation. They seem to be effective in keeping fibromyalgia symptoms under control.

• Meditation. Through the brain waves it produces, a sense of serenity and bliss helps alleviate anxiety.

As concerns the contribution of herbal therapy to treat fibromyalgia, the most appropriate medicinal plants seem to be:

Ginseng is not recommended since it may increase muscle contractility and pain, besides making night sleep more difficult. Even though the studies on the relation between herbal therapy remedies and fibromyalgia are not definitive, some patients show improved sleep and energy.

Fibromyalgia is not degenerative, but the chronic pain which is associated to it is persistent and debilitating. Most of the patients report that symptoms don’t seem to get better with time.

Even though there doesn’t exist any actual cure, and fibromyalgia diagnosis isn’t easy, new diagnostic criteria and therapeutic options keep on being developed in order to manage chronic pain. Over the last years, much progress has been made, and clinical studies have shown patients may try to ease their symptoms through several treatments.

Thank you for reading and if you find this article useful, please share it with your friends and leave me a comment. I would really appreciate it!
Stay healthy!