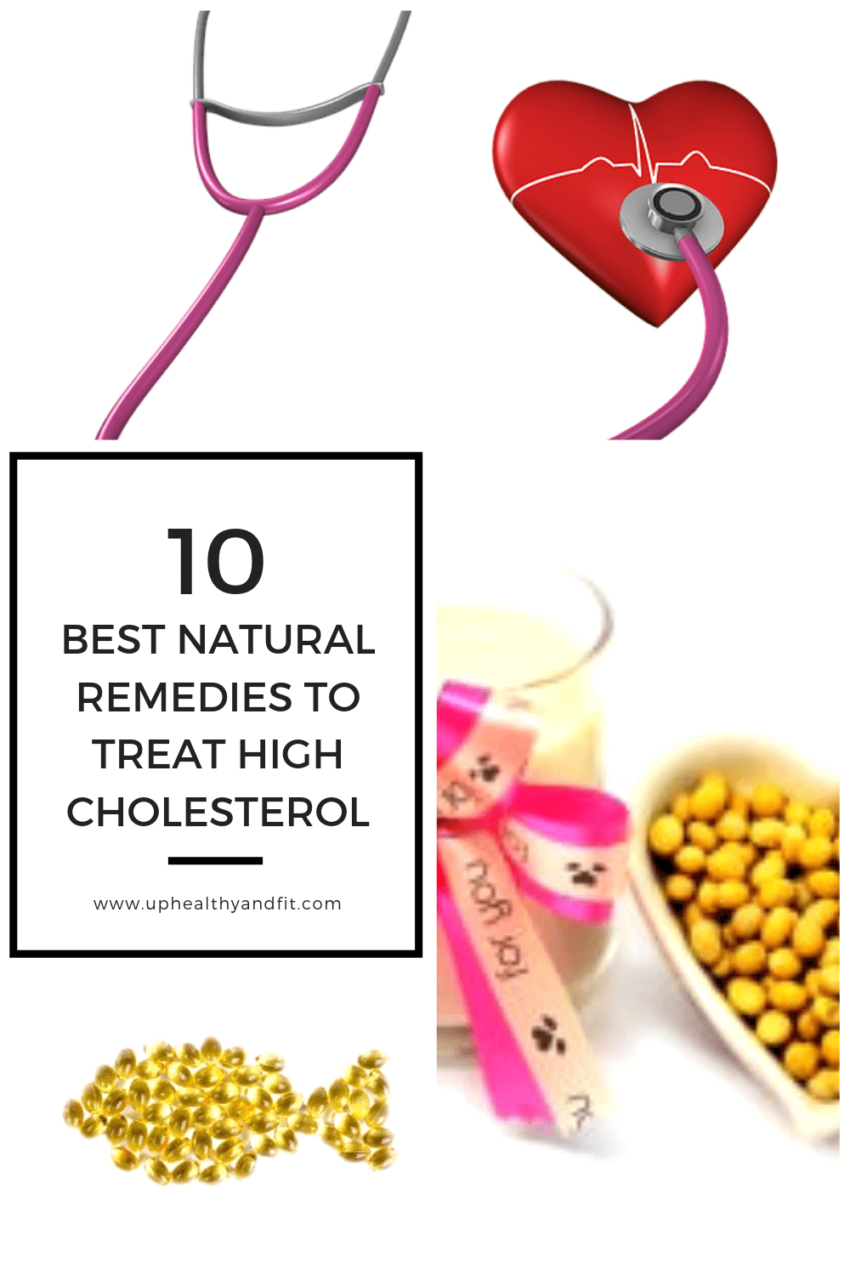 High cholesterol is an issue affecting lots of people, mostly the elderly, and its cause is poor nutrition and the lack of physical exercise:  though genetics also play a key role here. Keep reading if you want to know how to treat high cholesterol naturally, without taking medications.

You can find lots of beneficial plants in nature, these plants being able to soothe countless disorders. Even when it comes to high cholesterol, you can have recourse to natural remedies efficaciously – but not necessarily decisively.

How to treat high cholesterol naturally?

If cholesterol levels in the bloodstream are not too high, or mildly high, drugs might be too drastic a solution. In this case, cholesterol lowering natural remedies may be helpful.

What natural remedies to chose?

The herbalist might suggest you to choose products that contain a mix of ingredients, such as:

There exist also many other natural remedies proving effective also when not combined, such as isolated vegetal sterols or sterols added to diet foods – like for instance fortified yoghurt, fermented red rice, and soy derivatives.

This is a wild perennial plant, known for its bright yellow flower, that grows profusely throughout the temperate regions of the world.

The whole plant is highly nutritious and can be used as a tonic, diuretic and mild laxative. When prepared as an infusion, it can be used to stimulate bile formation and is also said to relieve the symptoms of jaundice and gallstones. It is useful for the relief of water retention and cleansing the body of harmful toxins.

The fresh, young leaves, which are best used before the flower forms, can be added to salads or used for juice. It is available in tea bags in health food shops.

It is a large, thistle-like perennial plant which originated in the Mediterranean region and was traditionally used by ancient Greeks and Romans as a remedy for digestive disorders. The globe artichoke is now widely cultivated in temperate climates.

The flower heads are commonly eaten as vegetables but extracts of leaves and roots were once used to treat liver disorders, jaundice and atherosclerosis.

Artichokes provide a number of vitamins and minerals, and one of their key ingredients, cynarin, was shown by clinical studies to stimulate bile flow from the gall bladder, thus mobilizing fatty stores and reducing cholesterol. Other studies found that artichoke extracts can help digestive complaints such as poor appetite, nausea and abdominal discomfort.

A food and medicine since biblical times, olive leaves have now been “rediscovered” as an energizing food with antiviral and antibacterial properties. As far back as 1855, information started to spread that drinking bitter tea brewed from olive tree leaves was a potential cure for malaria.

More recently, the active ingredients in the leaves, two phenolic compounds have been isolated. Oleuropein has been found to inhibit two types of fermentative bacteria, which, incidentally, is why olives are often cracked before pickling and phenols removed, since they inhibit fermentation.

Olive leaf extract is increasingly used as a supplement to treat chronic fatigue and boost the immune system. It is also recommended for sore throats, coughs and sinus problems.

Oleuropein has been found to be an effective antioxidant, preventing cholesterol from oxidization. As such, it is used to reduce the risk of coronary heart disease in vulnerable people, since oxidized cholesterol is easily deposited, causing blocked blood vessels.

Oils rich in Eicosapentaenoic acid (EPA) and above all DHA (Docosahexaenoic acid) are very effective in lowering cholesterol levels. If associated with proper dieting and physical exercise, they make HDL cholesterol levels (also known as “good cholesterol”) go up, and make triglyceride levels go down.

Lots of people choose to take vegetal-related Omega-3, yet this fatty acid proves less effective than EPA and DHA.

A native of the Mediterranean regions, borage (also called starflower) was brought to Britain by the Romans.

The oil of borage is used as a dietary source of gamma-linoleic acid (GLA) and, in fact, has been found to provide a more concentrated source of GLA, than the more generally used evening primrose oil – some batches can be as high in GLA as 20 per cent.

A recent study has shown that borage oil can lower hypertension and, as a dietary supplement, has brought about a reduction in high blood pressure within a period of seven weeks.

Phytosterols are plant-related steroid compounds. They are packed in vegetables, starchy seeds, etc. They belong to a wide category – the most famous among them probably are isoflavones, like soy, red grapevine etc.  Their main effects are: reduction in cholesterol absorption and synthesis, and oxidative stress reduction.

Vegetal lecithins, instead, act as emulsifiers and reduce cholesterol and bile acid absorption. Soy lecithins are the most famous.

Object of study for some time now, monacolin k of red rice is the result of the metabolism of a yeast called Monascus purpureus, and is helpful in maintaining of normal blood LDL cholesterol (also known as “bad cholesterol”) concentrations.

It is usually added to Omega 3 supplements in order to prevent Omega 3 oxidative stress.

γ-Oryzanol is a mixture of lipids derived from rice (Oryza sativa). γ-Oryzanol occurs mainly in the fat fraction of rice bran and rice bran oil.

γ-Oryzanol has been used in Japan for menopausal symptoms, mild anxiety, stomach upset, and high cholesterol.

γ-Oryzanol may bring triglyceride levels back to normal.

Policosanol is a chemical most often obtained from sugar cane or other plants, such as wheat.

It modifies fat absorption. Policosanol, thus, promotes γ-Oryzanol activity. These active substances positively affect cholesterol levels in the bloodstream, either preventing the production of endogenous cholesterol, or limiting its synthesis. What is more, policosanol boosts the cardiovascular system.

How to take the natural remedies that treat high cholesterol?

The habit of taking the tablets before lunch and dinner is essential, not only to tap into the mode of action of the products, but also to remind you that you suffer from high cholesterol. As a consequence, it would be useless to take the tablets and then stuff oneself of fatty and high caloric foods. In such a circumstance, the natural remedy wouldn’t be able to lower cholesterol levels in the bloodstream.

There is a lot of information on the Internet on how to treat high cholesterol naturally, but it is essential to know that following a balanced diet and a healthy lifestyle goes along with taking the natural remedy.

#2 The Complete Guide to Nutrients, by Dr Michael Sharon

Thank you for reading and if you find this article useful, please share it with your friends and leave me a comment.

I would really appreciate it!