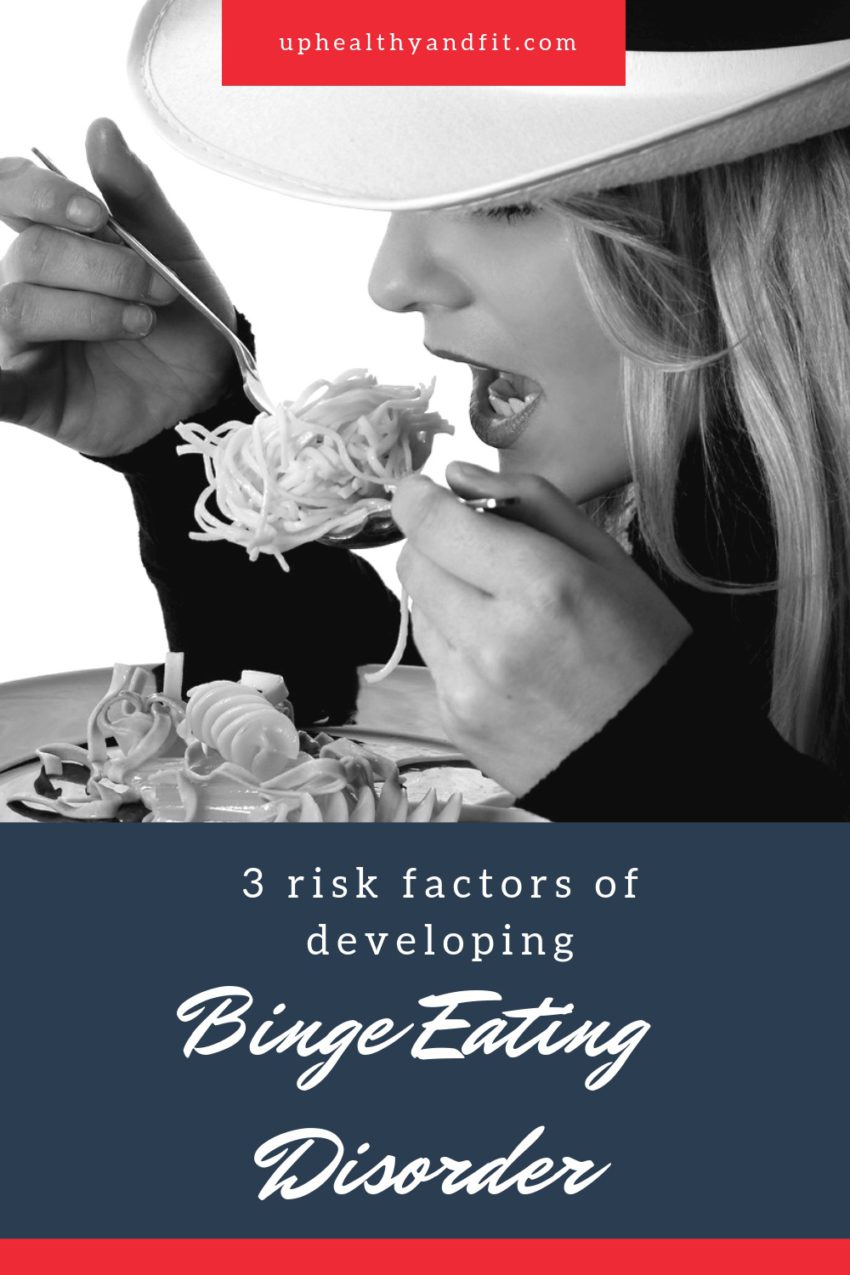 What is Binge Eating Disorder?

In-depth studies show Binge Eating Disorder has specific genetic interrelates, a specific socio-demographic distribution between sexes and ethnicities, and a high co-morbidity with depression, which affects 60% of these patients.

The correlation between Binge Eating Disorder, obesity and attempts at losing weight is still to be defined precisely; according to a 1997 study, excess body weight and the related recourse to dieting in Binge Eating Disorders might be a consequence of the pathology, and not a risk factor as with nervous bulimia.

Distribution and population of BED

Nowadays, Binge Eating Disorder is considered as a widespread eating disorder and it is thought to affect 2-3% of the whole adult population.

This disorder is thought to strike between the early twenties and thirties, even though it has been shown that failing to have control over eating habits starts before it gets diagnosed, usually before the twenties; this timeframe between the onset and the diagnosis may explain why this disorder tends to become chronic.

Factors that can increase your risk of developing binge-eating disorder include:

Unlike nervous bulimia, binges may represent an escape or an emotional block because of unbearable emotions, or they may represent difficulty in impulse control; likewise, Binge Eating Disorder may trigger other issues such as alcoholism, drug addiction, self-harm, kleptomania and sexual promiscuity.

Genetic and family influences in BED

Not much research has been carried out on genetics in Binge Eating Disorder, but a few data show the prevalence of this disorder is higher in individuals who have a close relative suffering from the same pathology (60 %), than families in which this disorder is absent (5%).

Research didn’t prove a family tendency or a notable relationship between Binge Eating Disorder and other eating or psychiatric disorders. In a study where 8000 Norwegian twins of both sexes where evaluated, Binge Eating Disorder seems to be equally affected by genetics (41 %) and environment (59 %).

Hormonal factors in BED: are they important?

For years now research has focused on the possible influence of hormonal factors in the pathogenesis of binge eating, and among these the most studied hormones have been:

The early studies on family lifestyle of people suffering from Binge Eating Disorder compared 43 bingers with 88 individuals suffering from other eating disorders.

Cultural and psychosocial factors in BED

In the last study mentioned above, it was shown that Binge Eating Disorder individuals had a lower cultural level than the individuals suffering from other eating disorders.

Among the psychosocial factors that may affect the onset of this disorder, we find dissatisfaction with bodily image or weight and frequent recourse to slimming diets.

Unlike a person with bulimia, after a binge, you don’t regularly compensate for extra calories eaten by vomiting, using laxatives or exercising excessively. You may try to diet or eat normal meals. But restricting your diet may simply lead to more binge eating.

The severity of binge-eating disorder is determined by how often episodes of bingeing occur during a week.

When it comes to treating Binge Eating Disorder it is essential to seek multi-factorial help. Psychiatrists and nutritionists are the key professional figures to turn to in order to address Binge Eating Disorder. If you can establish healthier coping mechanisms to confront with stress, depression and anxiety, then you’ll know you are on the right path.

There are three types of therapy that can be especially helpful in the treatment of binge eating disorder. These therapies are:

Recent research has shown that two antidepressant drugs prove effective in treating Binge Eating Disorder: these drugs are fluvoxamine and sertraline, generally used to cure depression and anxiety, with which Binge Eating disorder seems to share a common biological link.

Fluvoxamine and sertraline belong to a class of drugs called selective serotonin reuptake inhibitors (SSRIs), which put more serotonin, a mood-regulating chemical, into the body.

As we can see Binge Eating Disorder can be addressed if risk factors are taken into consideration and are not underrated. Seek medical help as soon as you realize you are not in control over what triggers unhealthy mechanisms to cope with stress, anxiety and depression.

Thank you for reading and if you find this article useful, please share it with your friends and leave me a comment.

I would really appreciate it!